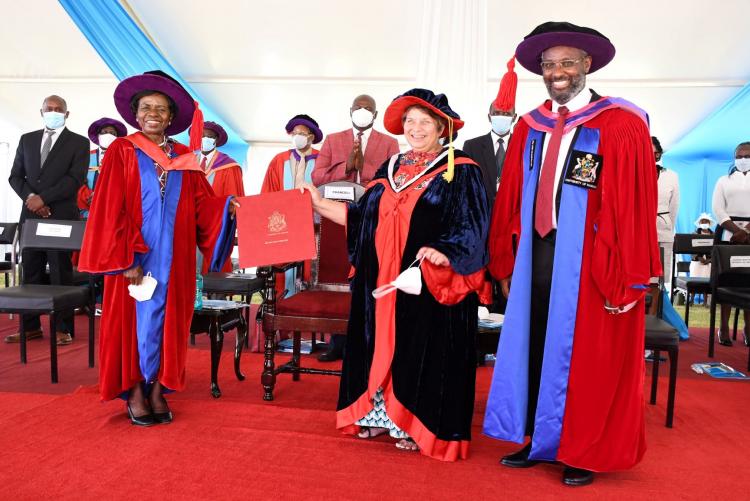 The Chancellor, Dr. Vijoo Rattansi has conferred honorary degrees of the University of Nairobi on Prof. Julia Ojiambo, Chair of Council and Prof. Micere Mugo at the 64th Graduation Ceremony. The two have now joined the list of eminent persons who have received the prestigious award bringing the number of honorary degree holders of the University of Nairobi to 35. In addition, a record 5,709 have been conferred degrees and awarded diplomas at the graduation ceremony held on December 11, 2020 at the Great Court, Main Campus.

Prof. Ojiambo was awarded a Doctor of Science (Honoris Causa) In Leadership in recognition of her distinguished and exemplary career in leadership which has helped shape the face of leadership and politics in Kenya. Prof. Mugo was awarded a Doctor of Letters (Honoris Causa) In Literature, virtually, in recognition of her outstanding achievements and contribution to scholarship in literature and the arts, her relentless pursuit of a socially just world, and her broader service to humanity.

Dr. Rattansi said that the two took the less travelled road that though diverged somewhere in the woods, earned each the pride of place as towering colossi within our borders and beyond. She was immensely proud to be associated with the two inspiring women of our time, women who continue to wear the virtue of humility with honour and personify modesty despite all their achievements.

On her part, Prof. Ojiambo accepted the honours saying that it was a great honour to have been invited to partake in this age-old tradition.

She said that our founding father of the nation and inaugural Chancellor the late Mzee Jomo Kenyatta likened a graduation to a passing out parade. That graduates leave the university fully trained and equipped in various disciplines.

The Vice-chancellor, Prof. Stephen Kiama congratulated all the graduands of class of 2020 for completing their studies on time despite the negative effects of Covid-19.

He said that in spite of the devastating effects of Covid-19, the University of Nairobi has managed to graduate about 8,000 graduands in the academic year 2019/2020. He saluted the faculty for making frantic efforts to ensure that all students who have completed their studies are given the opportunity to graduate.

Prof. Kiama noted that the 64th graduation ceremony is a historic one as it coincides with the golden jubilee celebrations occurring when celebrating fifty years of academic excellence. It marks the end of an era and the beginning of a newer chapter for the University.

The Chief Administrative Secretary, Ministry of Education, Mr. Zack Kinuthia, commended the University management for moving with speed to ensure minimal interruption of the academic calendar despite the COVID-19 pandemic.

He noted that the setup of this graduation as a virtual event is a stark reminder that the use of technology is no longer an alternative, but an acceptable way of doing business, including education.

END_OF_DOCUMENT_TOKEN_TO_BE_REPLACED 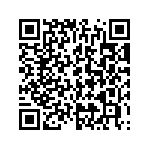